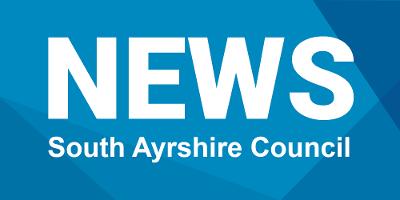 The Assistant Directors will support the Directors and Chief Executive in the formulation and delivery of strategic plans to ensure the effective leadership of the Council.

Kenny initially worked in roads for over 20 years.  He began his career with Strathclyde Regional Council as a frontline roadworker in Dumbarton and progressed his career with a number of local authorities in this area to become Roads Manager with South Ayrshire Council in 2009. In 2011 Kenny moved on to manage Neighbourhood Services, which consisted of Waste Management and Grounds Maintenance departments. Over the course of the past 11 years, Kenny has also taken on the management of Sustainable Development and Climate Change, Fleet Management, and Bereavement Services with the Council.

Chris began her career with Strathclyde Regional Council in 1989 as a Graduate Planner, then Planner.  She gained Chartered membership of the Royal Town Planning Institute in 1992.  Chris worked for Kyle and Carrick District Council from 1994 and first joined South Ayrshire Council when it was formed in 1996, where she was a Senior Planner, then a Team Leader in Policy and Research.  Chris was appointed as Planning Manager in 2009.  She left South Ayrshire Council in 2016 to take up new opportunities in a post with Stirling Council as Chief Planning Officer and Building Standards Manager.

South Ayrshire Council's Chief Executive, Eileen Howat said: "It's great to have our full senior management team in post.  Chris, George and Kenny bring with them a combined total of 80 years of local authority experience - a wealth of knowledge that will be crucial in their new roles.  I look forward to working closely with each of them to deliver the best service to our residents."

Leader of South Ayrshire Council, Councillor Martin Dowey said: "I'm delighted that we've now appointed to the final three vacant posts in our Chief Officer structure. Chris, George and Kenny will each be an asset to our senior management team.  I'm sure they'll excel in their new roles and drive success across our services."