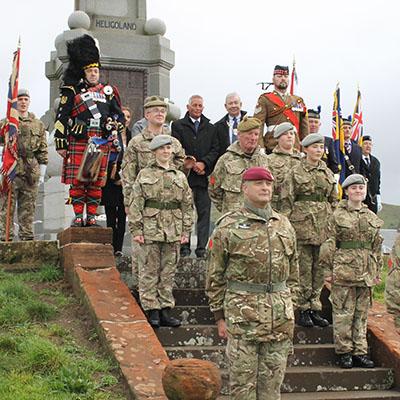 The memorial by Ayr-born architect James A Morris was unveiled in 1922 and features the names of 156 men from Girvan who died in the First World War. The service included readings, bagpipe songs and hymns that were taken from the programme of the original dedication of the monument.