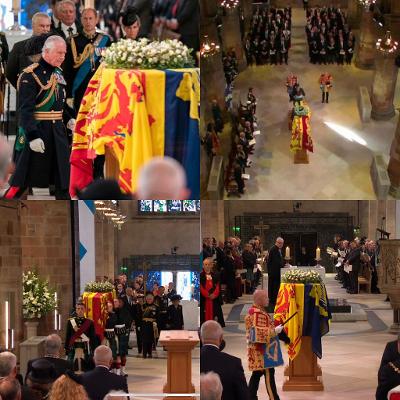 South Ayrshire Provost Iain Campbell attended a Service of Thanksgiving this week in honour of Her Majesty Queen Elizabeth II.

The poignant service was held at St Giles' Cathedral in Edinburgh on Monday 12 September.

South Ayrshire Provost Iain Campbell said: "I was humbled to be in attendance at the Service of Thanksgiving for the Queen.

"To see The Crown of Scotland placed on top of the Queen's coffin was extremely moving, particularly knowing that it was first presented to her at St Giles' Cathedral seven decades ago.

"It was a true honour to witness the service and a privilege to be able to pay my respects to our late monarch in person."