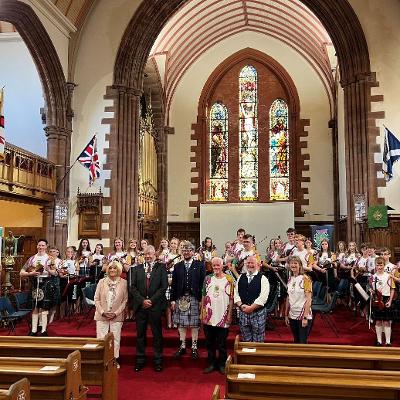 The Ayrshire Fiddle Orchestra is a group of young people dedicated to keeping Scottish musical traditional alive. The orchestra was formed August 1982 by Wallace and Lex Galbraith, both string instrument tutors in Ayrshire looking to encourage an interest amongst young people.

Ayrshire Fiddle Orchestra celebrated this milestone by hosting a number of free concerts over the weekend to showcase the talent of their current and former members. The weekend's events, including a ceilidh on Friday night, helped contribute to raising funds for their upcoming Southern States Tour in the USA in 2023.