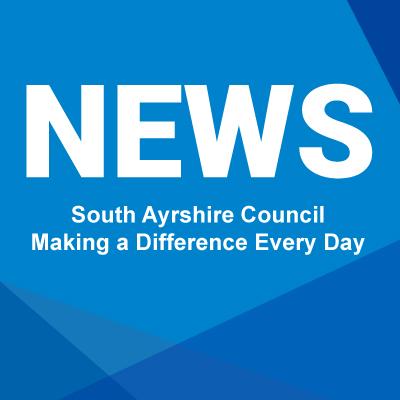 It was 'lights, camera, action!' in Wallacetown recently, as young people from the area worked with our Thriving Communities team and The Iris Arts programme to create their very own short film.

'Home: A Bright City Story' celebrates the history and artistic talent in Wallacetown while drawing on young people's experience of living in the area.

To get into character, local young people researched the rich history of the area, going back to the days when Wallacetown was a hive of industry and many families were housed in the Spion Kop on King Street. The group were fascinated to learn about the suffragette movement and enjoyed hearing stories about local people working nearby in Gray's Factory and the Stamp works.

Some scenes were shot at Wallacetown Early Years Centre, the Old Kirk in Ayr and Ayr United Football Club. The project provided a great opportunity for young people to learn scriptwriting, film production skills, and how to act professionally in front of the camera.

"Bringing the Wallacetown community together to create this short film has not only celebrated the wonderful history of this part of the town, but it has played a part in the longer-term partnership approach for a brighter, positive future for the area. Well done to everyone involved."

Elise McRobert from Wallacetown, who took part in the project, said "I really enjoyed being part of the film sessions. I learned lots of new skills along the way which has helped to build my confidence."

Ross Hunter, Filmmaker at The Iris said "It was a fantastic project to be part of, and working with the young people enlightened us to the incredible talent living locally."

You can watch 'Home: A Bright City Story' online here.