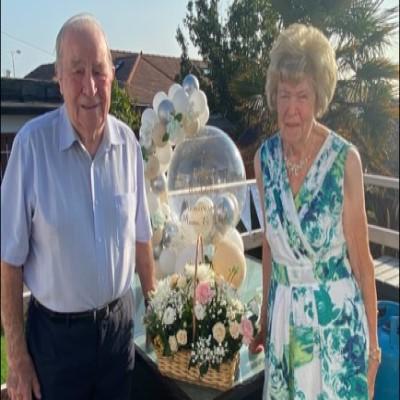 The couple are originally from the village of Bellsbank, where they ran several businesses including a fish and chip shop. They were married in Dalmellington and moved to Ayr in 1978.

Entrepreneur Rachael, then opened two wool shops in the coastal town. Thankfully the couple are not quite as busy these days. They have three grandchildren and one great grandson.

South Ayrshire Provost, Helen Moonie sent congratulations to the couple and a card and flowers were also delivered.