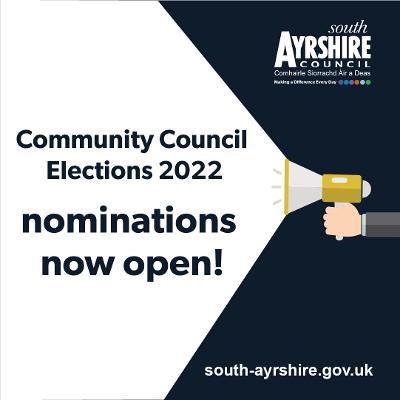 Community Councils are voluntary organisations set up and run by residents to act on behalf of their area. They play an important role in local democracy by working closely with Elected Members, helping to influence decisions made both locally, and at a national level, representing their community where it matters most.

Once elected, Community Councillors will serve for a term of four years. By-Elections are held annually to fill any vacant spaces.

"If you are passionate about where you live and would like to make a difference, I would encourage you to run for election."

If you would like to represent your local area, you can find out more about the process and complete a nomination form on our website. Forms should be returned by 4pm on Thursday 17 February 2022.